You are here: Home / Archives for news

On 17 September 2017, representatives of Protestant churches in Ukraine united for the first time to hold a common Thanksgiving day celebration on Kyiv’s main street, vul. Khreshchatyk. The celebrations were held as part of the year celebrating the 500th anniversary of the Protestant Reformation and united all representatives of Protestant confessions in Ukraine: Anglicans, 7th day Adventists, Baptists, Lutherans, Methodists, Mennonites, Presbyterians, Charismatic Christians.

END_OF_DOCUMENT_TOKEN_TO_BE_REPLACED

Yesterday in the downtown of Kiev thousands of Evangelical Christians gathered on Maidan to celebrate Thanksgiving and 500 years of Reformation! Nobody can say for sure how big the crowd was. Some are saying 100000, others are claiming the numbers up to 5 times higher. In any case, it’s incredible – for a country with such a recent history of aggressive atheism. God is at work in Ukraine! To Him be the Glory! 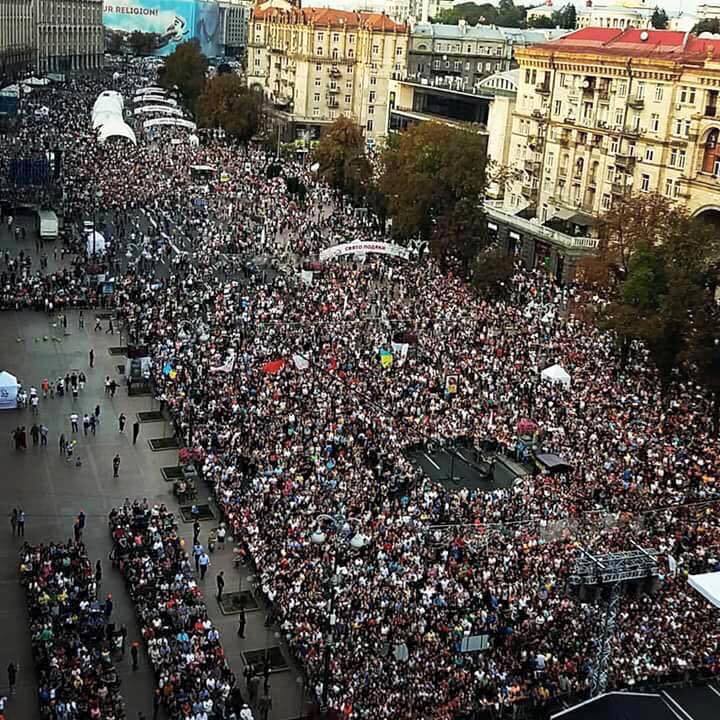